How to get a skipper license in USA


Skipper license, also known as sea captain’s or sea master’s license, is a great way to make extra money and travel the word via the vast oceans. The work is hard and the hours are not the most favorable. Those who do it, however, find it to be adventurous and rewarding. As one might imagine having a sea captain’s license means that one has a lot of responsibility not only for the safety of the vessel but also its crew members. For this reason obtaining a sea master’s license takes a long time and one must meet many different credentials in order to satisfy the proper requirements (in the United States, at least). 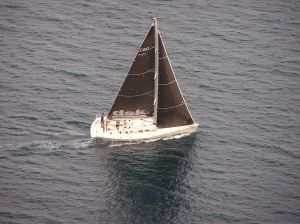 First thing one needs to know about how to get skipper license is that, as mentioned above, it does take a few years. If all goes according to plan and does so smoothly, it could take up to two and a half years (sometimes three). Skipper license USA is generally harder to get than in other countries, but it guarantees proper training and solid knowledge about all situations one might encounter on the seas.

The initial step one must take is to find a good institution that will grant a third mate’s license. These institutions include U.S Merchant Marine Academy, U.S. Coast Guard Academy, and the U.S. Naval Academy. At these institutions one needs to take a certain number of classes, pass the proper examinations and tests. Alternately, one can accumulate a large number of sea time hours and supplement these for the classes.

The second step in obtaining a skipper license is working as a third mate for at least a year and then passing some more examinations. Once one becomes a third mate, one must also again work at least a year on deck with someone who has a chief mate’s license. Although only a year of this type of experience is required in the United States, most people who want to have a skipper license USA, work as second mate for an average of two to three years. This, while taking approximately 13 weeks of classes and again passing proper examinations.

Once one obtain’s a chief mate’s license one knows all the ropes of how to get skipper license. From here on, all one needs is to obtain more experience working at this high ranked sea vessel position. After at least a year as a chief mate, another examination can officially grant someone a sea mater’s, more commonly known as the skipper licence.


The costs for acquiring a skipper’s license can vary. If one were to join the Navy or Coast Guard it would be a free because the military covers all costs. Obtaining the license on one’s own can rake the costs up to a few thousand, with classes and all necessary equipment included.
Tweet