What does skipper do?

What does skipper do?

The skipper of a floating vessel can be described as the heart of the vessel. He is responsible for the boat and takes care of everything related to it. As a rule, everything the skipper says should be treated like a command by those present on the boat, because at times, the decisions taken by the skipper could be the difference between life and death. The skipper’s job not only concerns the serious work on board, but it can also involve his recommendations on interesting routes, new places to visit or guidelines to follow while in water or on shore.  He is ultimately responsible not only for the safety of the boat, but also the safety, comfort and welfare of all those on board his boat. 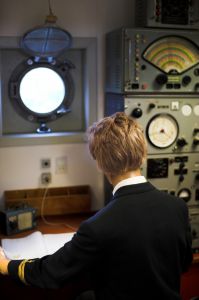 The demands on a skipper vary according to where the boat is sailing.  If the boat is sailing close to the shore, within easy reach of a familiar port, the skipper’s task is straightforward.  Once the boat is making longer passages, at some distance from the shore, and away from the area the skipper is familiar with, his duties become more demanding, as he has to allow for possible night sailing, approaching unfamiliar ports, and the possibility of having to sail through bad weather.  Offshore, at considerable distance from land, the demands are even greater.  Coping with prolonged periods of bad weather, failure of gear when out of reach of help, crew illness – these are only some of the problems the skipper may have to handle.

Responsibilities of a skipper

A skipper as mentioned earlier is the most important person on a vessel and therefore, there are several responsibilities on him. These include:

The work of a skipper although it might seem to carry lots of responsibilities is also fun. Some skippers may enjoy fishing and pursue it as a means of livelihood. These skippers may work on their own boats and be self-employed. However, those who do not have a boat can work for large companies who employ skippers to take care of their vessels and their catch. It is possible for a good skipper to earn a satisfactory income.  An experienced skipper can also move into related careers like that of harbor tug work, Merchant Navy, offshore oil or gas exploration, fish farming and cargo operations.

The working hours for a skipper are dependent on the area of work. If a skipper is self-employed working on his own boat, he can work for as long as he likes.  A skipper on an inshore vessel would return to the shore each day while the offshore vessels venturing out in waters further from the shore would be able to return only after days, or weeks or even months at sea.

If you are interested in working as a skipper you will require to have undertaken suitable training, have sufficient experience, and hold a licence.